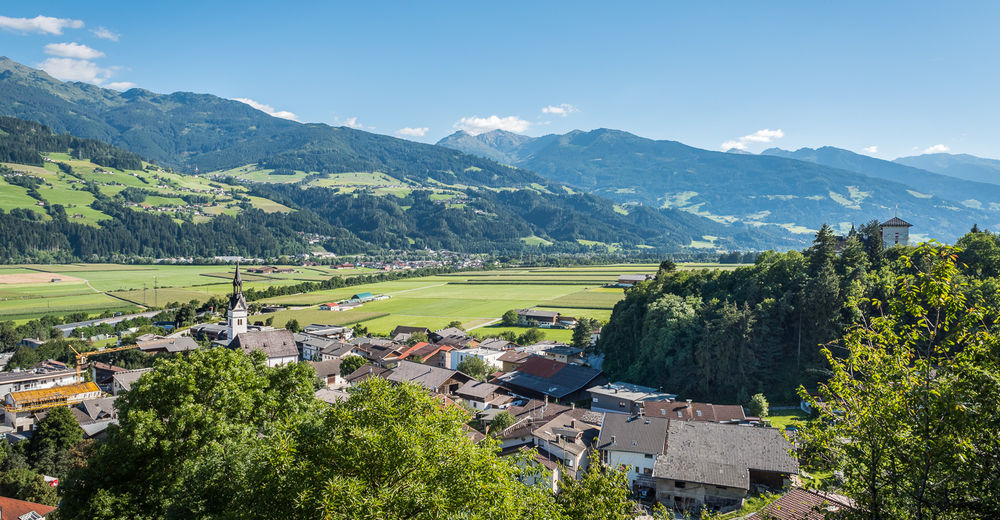 Some 5,000 people are at home in the second largest municipality in the district of Schwaz. To the north, the village extends across the massive Karwendel Mountains all the way to the German-Austrian national border. In the South, the Inn River forms the borderline between the village located at 560 metres above sea level and the silver town of Schwaz.

Vomp is the village of water.
Crystal-clear, clean water flows day by day from the pristine Karwendel into the households of Vomp residents. Countless wells and streams refresh body and mind and maintain the relationship between nature and humans.

The nature park Karwendel, one of the oldest nature reserves in Europe, is venerated for its untouched condition. Giant mountain lodges catering to mass tourism are deliberately foregone. We know to appreciate the achievements of nature and rely on the honesty and uniqueness of the atmosphere in the Vomp alpine world. Because no one else can boast a stand of 500-year-old maple trees or call themselves the "wildest valley of Tirol". So near, yet so far. The likely most authentic district of Vomp is Hinterriss with the Eng-Alm-village. It is located in the heart of the Karwendel Alpine Park and can be reached by car only via Bavaria. The district populated by just 37 souls is the access point for the small traversing of the Karwendel Range and starting point for numerous mountain bike routes.