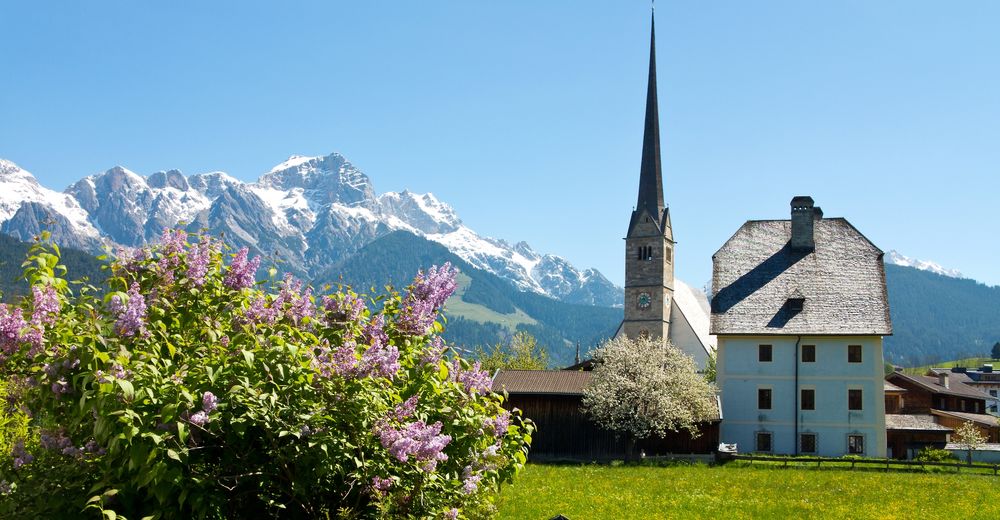 Maria Alm, along with the villages of Hintermoos and Hinterthal, is nestled in the imposing mountains of the Steinernes Meer, the Hochkönig and the Hohe Tauern. It is a town plucked from the good old days with a lot of charm and storybook-like character. Many buildings have been preserved over the years such as the pilgrimage church, with one of the highest church towers in Salzburger Land, the Almerwirt from the year 1530, as well as Vorderjetzbachgut farm from the 14th century. Just as idyllic and original as the towns themselves is community life, which is strengthened by many tratitions such as harvest festival, in which everyone is invited to participate.

Since the 1960's the town has experienced an enormous upswing in tourism. In winter, along with the excellently groomed ski slopes of the Hochkönig region, winter hiking paths, cross-country trails, three floodlit toboggan runs and ice stock lanes, as well as Pilgrims' Advent invite you to go on beautiful adventures.In summer, you can head up - with or without lift - to the mountains to go hiking, climbing in the Natrun forest ropes garden, or (e) biking.

The Hundstein (elev. 2,117m) is a true all- rounder and Europe's highest grass-topped mountain accessible by bike. 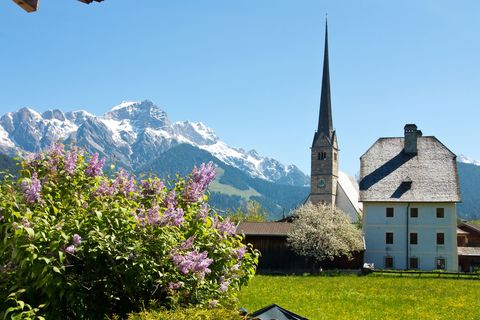